Controversy Is Difficult to Generate When No One Gets Offended Anymore 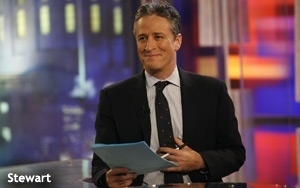 Is there really such a thing as “controversy” anymore on TV?

The question arises in the wake of the “Daily Show” segment seen last Thursday night, in which “Daily Show” correspondent Jason Jones went in search of opposing viewpoints about the appropriateness of the Washington Redskins team name.

So in the comedic way that “The Daily Show” does these things, Jones play-acted like he was a “real” news correspondent and alternately “interviewed” a panel of Native Americans who wished to see the Redskins name abolished, and a panel of diehard Redskins fans who argued for its continuation. As part of this seven-minute bit, Jones was also seen interviewing Redskins fans in the parking lot before a recent game -- choosing those fans who came dressed in elaborate feathered headdresses (apparently, there are quite a few of these people).

The word “controversy” and its variants were used to describe the segment in various stories that turned up in the days following the broadcast. The controversies reportedly involved reactions and incidents that occurred during the filming of the segment's various parts. Among other things, some people who participated in Jones' parking lot interviews later decided they didn't want to be seen in the segment, even though they had signed the usual release forms. As a result, their faces were blurred out in the final product -- although their flamboyant headdresses were not.

In addition, some participants in the Jones “panels” felt later that they were “ambushed,” particularly when the Native-American group came face to face with the Redskin-fan group to “debate” the Redskins-name issue.  And in a portion that was filmed for the segment, but didn't make the final cut, the Native-Americans were reportedly threatened by some Redskins fans in the game parking lot.

Jon Stewart himself noted the “controversial” nature of the segment when he introduced it on Thursday, noting that some of the people who signed releases tried to get out of it afterward. He gleefully announced the show would air the segment anyway, and there it was.

Yes, it was “edgy” (to apply a word that is way overused these days) in the sense that it was “edge-of-your-seat” comedy -- the kind of segment that makes you wonder how on earth Jones could keep a straight face and pull such a thing off. It was hilarious too, and it successfully made its point -- that in the opinion of “The Daily Show,” the Redskins name should be retired.

So where’s the controversy? Well, that probably has to do with what went on behind the scenes -- the material that wasn’t shown that, if true, illustrates the lengths this show (and other shows like it) must go to produce comedy bits that stand out and get people talking. And if “civilian” participants in the bit felt that they were literally placed in harm’s way by this production, then I suppose that qualifies as “controversial” -- at least for them.

For the rest of us, though, it’s just another day in TV Land.

For example, two other incidents glimpsed in the last few days on TV were referred to in some accounts as “controversial,” although in one case, the story was about how “uncontroversial” a certain scene turned out to be.

This was a man-on-man sex scene in the premiere episode of the new Shonda Rhimes drama “How to Get Away with Murder” last Thursday on ABC. In the scene, two gay men who had just met in a bar were seen exercising their, um, passion for each other in one of the men’s apartments. This included the usual makeout scene, which by now is not that unusual on TV. But it led quickly to a sex act whose simulation is still pretty rare, if not unprecedented, on advertiser-supported TV.

But according to one account I read on one of the showbiz press sites, no one complained or otherwise commented negatively on this scene. Whether advertisers will learn of it and then complain about it is anyone’s guess, although the scene has been in the “How to Get Away with Murder” pilot ever since the upfront sales season, which means that sponsors had months to become aware of it. Perhaps we have reached the point where it’s no big deal anymore.

Sunday night on the Fox “Simpsons”/”Family Guy” crossover episode, Bart Simpson was instructing Stewie -- the talking-adult infant of “Family Guy” -- on the finer points of making a prank phone call to Moe’s Tavern -- something Bart has been doing for about 25 years. The diabolical Stewie didn’t understand that a prank phone call is supposed to consist of a carefully worded pun or off-color, fictional name that Moe can then shout across the bar. So Stewie’s “prank” call consisted only of this statement to Moe: “Hello, Moe -- your sister’s being raped.”

According to a Hollywood Reporter story, the Parents Television Council attempted to communicate its objections to the statement to the producers of “Family Guy” and “The Simpsons,” but the PTC was basically ignored.

Today is only Monday, and perhaps any other groups that might object to the rape statement, seen just last night, have not yet had a chance to react and voice their displeasure.

But the fact is, “Family Guy” in particular -- and many, many shows in general -- have long contained content like that. And the days seem to be long gone when complaints about material like this -- lodged either by individuals or groups with the networks themselves or with the FCC -- were taken seriously.