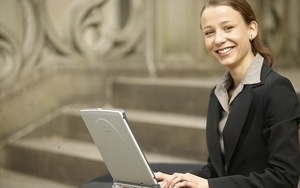 There are a lot of potential consumer brand advocates out in the world, and they’re not necessarily motivated simply by getting free stuff.

According to Needle, an agency that works in “advocate-assisted commerce,” there are about 37.5 million people in the United States (about 16% of the adult population) who are prime candidates (based on their knowledge, expertise and willingness to share information) to be brand advocates for a wide range of companies.

“They’re not zealots in any way,” Needle president and COO Scott Pulsipher tells Marketing Daily. “They are, in fact, savvy in terms of technology and social-media savvy. I think one of the things we’ve identified is that these are the people you want to be the most loyal brand advocates and influencers.”

According to the study, conducted by Y2 Analytics on Needle’s behalf, the picture of a brand advocate is much different than one might have believed. The average advocate is younger than 45, highly educated and full-time employed outside of being an advocate (25% of them, the study finds, make more than $75,000 a year outside of advocacy).

The study also uncovered advocates’ motivations, finding that rather than being driven by self-interest (such as free products or a second-income), many (66%) derived satisfaction from sharing their expertise and knowledge.

“The misconception of motivation behind advocacy can be that they’re in it for themselves. That they’re advocates because there’s some self-interest and that they’re doing it so they gain personal benefits,” Pulsipher says. “Fully two-thirds of advocates are doing this because they’re interested in building and sharing knowledge. It’s not enough for them to have knowledge and/or expertise, but these individuals have a passion for sharing as well.”

The study defined advocacy by examining a person’s relationship with products along five drivers: expertise, knowledge, purchasing influence, brand loyalty and active promotions. By looking at those drivers, the agency determined about 16% of the population would match those drivers, Pulsipher says.

Marketers should keep those five drivers top-of-mind when looking for advocates, with the best candidates demonstrating they have a deep knowledge of a particular product, service or company that came through their own passions, along with a desire to share. They should also be able to clearly articulate what it is that made them an advocate for a particular product or service.

“The advocates are already out there -- the key challenge is identifying them,” Pulsipher says. “One of the ways to do that is already leveraging the connections brands have.”