The Way Consumers Think About Advertising Will Change Search's Role 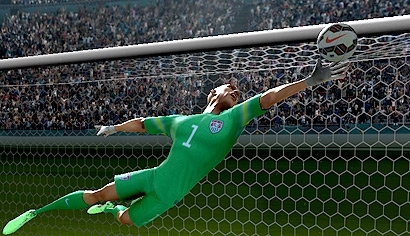 They have become the most talked about media types since the dawn of the Web. Some won't be around in 10 years. It's more interesting to know that search engine marketing didn't make the list. Not a bad thing, really. It just provides fodder to the theory that search will become the backbone technology, integrate more finely with the operating systems, and respond to voice, location and browser history, especially on smartphones. Technology will prompt the industry to find a new definition for advertising and marketing. What made the list?

The Future of Advertising Survey conducted online in the United States by Harris Poll on behalf of Goo Technologies from Aug. 26--28, 2014, analyzes the evolution of advertising during the next 10 years. Among the 2,029 adults ages 18 and older who participated in the survey, 29% said video will outpace display. Digital ads will become more helpful, and 16% believes ad will become available on clothing.

Search becomes the thread "leading consumers to find other types of experiences we're use to seeing today," said Marcus Kruger, founder and executive chairman at Goo, Stockholm, Sweden. He defines the next phase of online advertising as "brand experience."

During the World Cup, Nike ran the Risk Everything campaign supported by Goo's 3D-graphics platform. One piece, a real-time interactive unit running across media platform, highlighted exciting moments as they happened.

The real-life scene was remodeled in 3D animation. Consumer shared their creations and Google ran the ads across their display network helping other fans discover the content. "Consumers didn't perceive it as a brand campaign," Kruger said. "More than 2.2 million fans engaged with the campaign in more than 200 countries. It shows you how a social campaign can proliferate without feeling like a traditional ad material. The average engagement time was 1 minute, 38 seconds."

The Nike campaign demonstrates the importance of a "natural" -- not necessarily native -- content connection to the consumer as a driving force behind a successful campaign. When American consumers were asked in what ways will advertising evolve during the next decade, 58% said advertisers will have more personal data about consumers; 52%, advertisers will improve targeted advertisements toward certain demographic groups; 44%, the majority of billboards will become animated; 43%, geolocation services will help advertisers predict purchasing; 42%, and technology will use consumers' personal information to sell products.