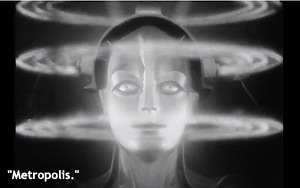 Immersive virtual reality, meeting others via a video “telepresence,” and hyper-personalized interactions are among the innovations predicted for the Internet by 2025, according to a new survey of technology experts.

For its report, “Killer Apps in the Gigabit Age,” the Pew Research Center and Elon University compiled opinions from 1,464 mostly tech experts about the evolution of the Internet and how it will affect daily life. The vast majority (86%) agree there will be uniquely compelling applications that will flow from significant increases in bandwidth in the U.S. over the next decade.

From interviews with the survey participants exploring what these applications might look as part of everyday life, the survey identified several key themes. These include:

*People’s basic interactions and ability to meet and collaborate will change in the age of a vivid telepresence — allowing them to meet instantly face-to-face via persistent, high-quality video in place of today’s Internet of images, text and recorded video.

*Augmented reality will extend people’s sense and understanding of their real-life surroundings and virtual reality will make some fields, such as gaming and simulated environments, even more intriguing places to hang out.

*The connection between humans and machines will increase as various technologies gather, assess and display real-time information in an always-on manner. This growing shift toward “life-streaming” will have an impact on everything from how we think to the planning of daily schedules.

*Specific economic and social sectors especially will be affected, including health and medicine and education.

There was also a view, however, that the U.S. will continue to lag in innovation in 2025 because of the lack of a widespread gigabit network. A gigabit connection can deliver 1,000 megabits per second (Mbps), that’s a far cry from the average connection speed globally of 3.9 Mbps, and 10.5 Mbps in the U.S. in the first quarter, according to Akamai.

“Yes, there eventually will be killer apps dependent on gigabit-style bandwidth, but the path to them will be longer and more tortuous than advocates like to admit,” observed Mike Roberts, a longtime leader with ICANN and the Internet Society, in the study.

Among other predictions from high-profile tech figures, Vint Cerf, vice president and chief Internet evangelist for Google, said entertainment appliances, environmental control systems and security systems will all benefit from services handling these things on our behalf. Google, of course, has already taken a plunge into the Internet of Things with its acquisition of Nest.

Separately, John Grudin, a principal researcher at Microsoft Research, envisions sensors everywhere — on property, our clothes and (perhaps) in our bodies—feeding digital information into the cloud. And well-known futurist Paul Saffo projects smartphones will disappear rapidly, giving way to various devices that subscribe to content and apps on your behalf.

The “Gigabit” study is the sixth canvassing of experts done by the Pew Center with the Imagining the Internet Center at Elon University. It’s also the fourth in a series of reports based on Web-based questions fielded from late November 2013 to early January 2014 gathering opinion on eight Internet issues.