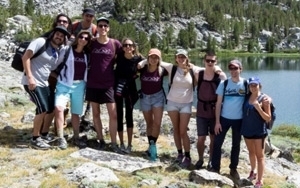 Two years ago 72andSunny launched 72U as an intensive, 3-month program to experiment with bringing in non-traditional talent and to give back to the creative community by providing an environment, resources and challenges to foster their creative and professional growth.

Now, 72U is unveiling its latest project that is largely inspired by the website Craigslist. 72U participants were tasked with making a music video for “Superhuman Happiness”, a music group founded by multi-instrumentalist and songwriter (and Arcade Fire sideman) Stuart Bogie. The group sought 72U's assistance to develop a video to go with its song "Catch A Break," which is about a wide range of human experiences and emotions.

72U realized that Craigslist contains life's realities - heartbreak, happiness and surplus appliances—via its message board and would be a perfect representation for this song. Hence, they created a video that shows a Craigslist-ish faux public message board embedded with 150 human moments that depict life’s up and downs.

72U, which is made up of seven multidisciplinary makers, concepted the idea, created most of the content (some of the content is from the band) and built the technology. The whole project was made for under $1,000.

"Using interactive technology on a web-based platform, the viewer is the visual curator of the music video as they are encouraged to explore and experience a faux Craigslist embedded with over 150 human moments: navigating the ups and downs of life, while overcoming and rejoicing in the risks, setbacks, and rewards alike," says Maria Scileppi, Director of 72U.

Still, technology was one of the project's key obstacles. "Due to the quantity of stories embedded in the music video, it was a challenge to hold such a high amount of media and still keep loading time at a minimum," says Scileppi. Ultimately, the team used HTML / CSS, Java Script and JQuery. "While the technology is not necessarily innovative - it’s the norm for websites - how we are using it for the concept is," she says.

Although the curriculum for each 72U session is redesigned based on what's happening in culture and the skill sets of the group, this particular project came from a personal connection. Stuart Bogie, the lead member of SHH, and Scileppi went to high school together. "This collaboration was dreamt up during an impromptu breakfast meeting while I was in NYC for business," she says.
Here is a link of the video.

The music video will be launched on Craigslist, with 275 simultaneous posts in 11 categories in 25 cities.