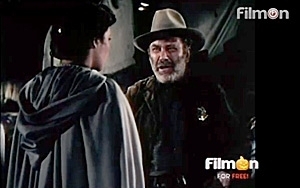 FilmOn, backed by billionaire Alki David, says in a complaint filed this week that DoubleVerify's “false and disparaging” reports have harmed its relationships with advertisers. The company accuses DoubleVerify of trade libel, interference with contracts, and violating California's unfair competition law.

DoubleVerify says it stands by its reports, which aim to advise agencies and advertisers about the type of material residing on publishers' sites. CEO Wayne Gattinella tells Online Media Daily that the company has manually reevaluated FilmOn's site on multiple occasions in the last year. “We have consistently concluded that they are a copyright infringement site,” he says.

DoubleVerify offers agencies and advertisers reports about the type of material that's on various publishers' sites. Online advertisers can then draw on these reports when deciding whether to purchase inventory on those sites.

FilmOn, like the video distributor Aereo, has faced lawsuits throughout the country alleging that it infringes copyright by streaming over-the-air television to people's computers and smartphones.

So far, no court has definitively ruled on the legality of FilmOn's most recent streaming platform, which reportedly used antennas to capture and transmit programs. But the Supreme Court said in June that a similar system, operated by Aereo, infringed copyright by publicly performing TV shows without a license.

That ruling didn't end the litigation against either Aereo or FilmOn, because it was made in the context of broadcasters' request for a preliminary injunction.

The Supreme Court also didn't rule on any of the lawsuits involving FilmOn, but trial judges in three cities -- New York, Washington, D.C. and Los Angeles -- have issued injunctions that effectively prohibit the company from offering real-time streams of any programs owned by the broadcasters who filed suit. Those orders don't appear to prevent FilmOn from streaming programs owned by broadcasters who didn't join in the lawsuits.

Both of the start-ups have indicated that they intend to continue to defend themselves against infringement liability. But Aereo suspended operations soon after the Supreme Court's decision came down, while FilmOn has continued to stream video online. As of Thursday afternoon, the site allowed visitors to stream a host of content, including episodes of old TV shows like “The Dick van Dyke Show” and “Bonanza.”

FilmOn says in its lawsuit that all of the material available through its platform is legal.

“FilmOn has complied and will continue to comply with all court orders and injunctions that require it to limit access to broadcast content,” the company says in its complaint, filed this week in Los Angeles County Superior Court. “FilmOn's offerings are constantly monitored for compliance not only internally but also by its well-heeled adversaries and their counsel, such that even the slightest potentially infringing content is almost immediately identified and removed.”

FilmOn adds that the scrutiny it faces in court should make advertisers “more confident than ever that FilmOn's current content fully complies with all applicable copyright laws.”

DoubleVerify said in a statement that it intends to fight the case. “We firmly believe that the FilmOn lawsuit is without merit and we will vigorously defend ourselves against frivolous attempts to stifle an advertiser's ability to make fully-informed marketing decisions,” the company stated.

Copyright and Internet law expert Eric Goldman, a law professor at Santa Clara University, predicts that FilmOn faces an uphill battle in court. “This a risky lawsuit for FilmOn to bring,” he says.

Goldman says that DoubleVerify can argue that its statements about Web publishers are covered by California’s anti-SLAPP (strategic lawsuits against public participation) law, which protects companies when they're sued for making statements about matters of public interest.

He adds that DoubleVerify can draw on those anti-SLAPP protections to argue that its evaluation of publishers' sites involve matters of public concern. If DoubleVerify prevails under that law, it potentially could recover the cost of its legal bills from FilmOn, Goldman says.