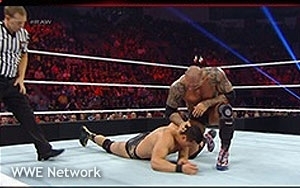 Launching a new premium video platform can turn out to be one tougher-than-expected wrestling match.

In starting an over-the top Internet video service, WWE Network has shown weak growth since its launch in February -- just 31,000 net subscriber additions to a total of 731,000. The service cost $9.99 a month.

In the U.S. the growth is particularly weak -- just 3,000 net subscriber additions, during the period. In addition, there is a lot of coming-and-going of these digital video subscribers -- the “churn” rate is very high, 36%. Some 255,000 subscribers dropped out since its launch -- though many more, as new customers or returning subscribers, have signed on as well.

Wrestling TV/event company World Wrestling Entertainment recently said it would no longer require fans to commit to a six-month contract to get the $9.99 rate. Customers can buy on a month-to-month basis. In November, the service will offer free content.

WWE needs 1 million subscribers to be profitable. Before launch, estimates were the service could sign up 2 to 3 million subscribers for the over the top Internet service -- hoping to make some $240 million in revenues annually. WWE already makes $80 million a year from pay-per-view events.