Midterms Command Over $1B in Advertising 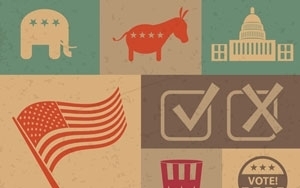 Television political advertising spending among key federal and gubernatorial races this season is roughly the same as in the midterm election season four years ago -- with commercial volume down a bit.

Overall -- including local political races and ballot measures -- a total of $1.68 billion has been spent this season, with 2.97 million airings.

Advertising in House races is down 27% for Democratic ads and 37% for Republican spots. Michael Franz, co-director of the Wesleyan Media Project, stated: “No one expects control of the House to be much in doubt. The clear struggle for control is in Senate races.”

In Senate races, pro-Democrat ads are up over 37% compared to four years ago. Republican Senate ads are down just slightly -- 7%.