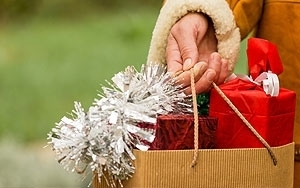 Forrester Research is forecasting a $10 billion jump in online spending this holiday season, estimating that e-commerce sales in the U.S. will reach $89 billion in November and December. That’s an increase of 13% from last year, writes analyst Sucharita Mulpuru. It represents 30% of all e-commerce sales for 2014, and about 14% of the entire holiday retail pie.

Among the key growth drivers? She expects that 3.4 million new shoppers will make purchases online, and that experienced online gift-finders are likely to shift 10% more of their budget into online channels. And as smartphones become increasingly ubiquitous, more people will be using them to both browse and buy.

Still, she anticipates some hiccups, and the growth is slower than last year’s forecast of 15%. And consumers’ high expectations create challenges. For one thing, she says, they expect free shipping, and compelling bargains -- and both cut into retailers’ profits. It's also a shorter selling season, with fewer shopping days between Thanksgiving and Christmas this year.

And finally, the odds are good that Santa will have to let some last-minute shoppers down: “UPS and FedEx have limited capacity to accommodate more e-commerce volume as Christmas approaches,” she notes. “Last year, UPS, in particular, had a number of late deliveries due to larger-than-expected package volume and poor weather, which created logjams at critical times. Our estimate is that there are nearly seven times as many e-commerce packages shipped daily in the two weeks before Christmas than there are packages shipped daily between the months of January to October.”

Online shopping — and more broadly, online engagement — is becoming increasingly important to the strategy of stores. “Super-charged by increased mobile outreach, consumer planning, and increased numbers of retailer mobile apps, traditional retailers will be going to work earlier, and working harder, to engage consumers this season,” writes Robert Passikoff, founder and president of Brand Keys, Inc., in its new forecast. It predicts, based on 16,000 consumers, that total holiday spending will rise 4% to $855 per person. And almost all — 98% — consumers interviewed say they will buy at least some of their holiday gifts online again this year.