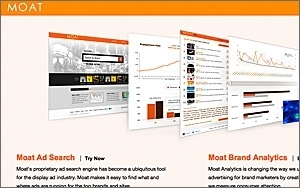 Polar, which operates the MediaVoice native advertising platform, is joining forces with Moat to provide publishers with analytics for viewability and attention for native ads and content, the companies announced this week.

The deal is intended to enable publishers using Polar’s MediaVoice platform to offer greater transparency and accountability to advertising clients concerned about whether ads are actually visible to consumers.

The expanded partnership will give MediaVoice customers access to Moat data for metrics, including in-view time, where at least 50% of the ad is in view for one second; universal interaction rate; hover rate; time to hover; and scroll rate, among other things. Publishers can also demonstrate to advertising clients when consumers deliberately interact with ads.

MediaVoice offers native ad options, including sponsored stories, sponsored videos, sponsored photo galleries and sponsored outbound links, along with a plugin that automatically formats ad content to match the look and feel of the host site.

A number of Polar customers are already using Moat’s viewability and attention analytics in conjunction with native ads delivered by MediaVoice, including The Washington Post and The Globe and Mail.

Earlier this year, The Washington Post selected Polar to power its BrandConnect native ad product and handle in-feed mobile ad placement. Jeff Burkett, senior director of sales operations and product strategy at WaPo, remarked about BrandConnect: “Combining the data and storytelling power of Moat with the innovative native technology from Polar, helps us tell a stronger story to our clients on how their content programs are performing.”