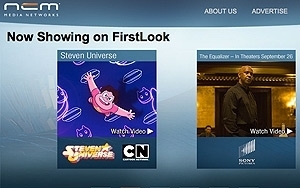 National CineMedia and Shazam are bringing mobile interactivity to every NCM-affiliated theater across the U.S. A national rollout is integrating Shazam audio recognition technology into NCM’s FirstLook package of pre-show entertainment and advertising. NCM is integrating Shazam into FirstLook on over 20,000 movie screens around the country.

The NCM-Shazam partnership enables moviegoers to engage with pre-show content by using mobile devices equipped with an audio recognition app to detect Shazam-marked content during the FirstLook presentation.

The app automatically connects them to additional content, while giving advertisers that ability to deliver more information, discounts and special offers. Mobile engagement also gives brands the chance to form relationships with consumers that continue after they leave the theater.

The partners are promoting the new capabilities with a series of spots starring E!’s Maria Menounos, encouraging audiences to download the Shazam app and alerting them to the fact that NCM FirstLook content is now “Shazamable,” offering extended content and exlcusive offers.

The campaign includes a chance for fans to win “Movies for Life” by using Shazam, with a grand prize of one free movie ticket a month for 50 years.

NCM has entered into a number of strategic partnerships in recent months. Earlier this year, the cinema ad network announced a partnership with Cinema Scene, which reaches moviegoers in theater lobbies via its Trailervision network, and Adspace Networks, which operates a digital place-based network in malls.

The partners are entering in a joint selling agreement that will enable advertisers to create coordinated campaigns combining assets from all three networks, boosting reach and frequency for digital video campaigns.

In May, NCM announced the acquisition of its main competitor, Screenvision, for $375 million in cash and stock. However, this month the deal ran into regulatory obstacles, with the Department of Justice suing to stop the merger on anti-competitive grounds.