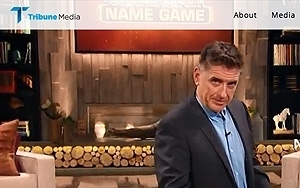 Results include the acquisition of the big Local TV station group that Tribune purchased for $2.7 billion in late 2013.

Leaving out that major deal, Tribune's Television and Entertainment unit witnessed 7% higher revenues at $417.2 million -- up from $390 million.

Retransmission revenues grew 70% to $58.1 million during the third quarter and 78% for the first nine months of the year to $170.8 million.

Tribune’s Digital and Data business more than doubled revenue to $44.6 million from $18.9 million. This improvement was primarily due to Gracenote, the music/entertainment data company that Tribune bought for $170 million earlier this year.

Tribune’s print businesses -- Tribune Publishing Company -- was spun off on August 4 of this year.