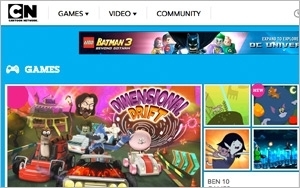 An Android user has appealed the dismissal of his privacy lawsuit against the Cartoon Network, which allegedly transmitted the names of videos he viewed to the analytics company Bango.

The appeal, which was filed last week by Mark Ellis, will give the 11th Circuit Court of Appeals the opportunity to decide how to apply a 1980s-era privacy law to companies that stream online video.

Ellis alleged in his original lawsuit that Cartoon Network's Android app transmitted his Android ID, combined with the titles of videos he watched, to Bango. He argued that Bango was able to combine that data with other information, and incorporate people's viewing history into their profiles.

Ellis has not yet filed his arguments with the 11th Circuit, but his attorney, Jay Edelson, previously told Online Media Daily that Thrash's ruling doesn't account for “the realities of the technologies at issue or how data analytics companies process and understand data.”

The Cartoon Network isn't the only company to face a privacy lawsuit stemming from its streaming video practices. Hulu and Dow Jones also are facing similar allegations in court.

Two years ago, U.S. District Court Judge Laurel Beeler in California rejected Hulu's argument that the federal video privacy law only applies to companies that provide video tapes or other tangible material, and not streaming video. Beeler said that Congress intended to protect the privacy of people who watch video -- regardless of technical format.

That decision marked the first time a judge explicitly ruled that streaming video services are covered by the 26-year-old Video Privacy Protection Act.

In April, Beeler refined the lawsuit by dismissing allegations that Hulu transmitted a seven-digit “User ID” to comScore. She said in the ruling that the Hulu users hadn't shown that comScore connected any information between people's names and their User IDs.

But Beeler also allowed the plaintiff to proceed with allegations that Hulu wrongly sent Facebook cookies that contained a Facebook ID -- which revealed users' screen names. Beeler said Hulu potentially was liable for those transmissions, depending on whether it knew what data it was sending to Facebook. That lawsuit is still pending in front of Beeler.