Shannon Out At Hyundai, Automaker Confirms 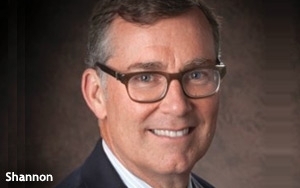 Hyundai Motor's American operation isn't new to surprising shake-ups. Late last year, to almost everyone’s surprise, U.S. CEO John Krafcik's contract was not renewed, and he was replaced with David Zuchowski, who had been EVP of sales for the automaker. Krafcik now runs TrueCar, the automotive shopping site that went public in May.

The automaker is also hoping to close the door on a two-year investigation by the EPA over overstatement of fuel economy ratings of some of its vehicles. In late 2012, Hyundai and Kia had to restate mileage numbers for over a million vehicles in North America, and this month signed on to a $360 million settlement with the EPA, the largest ever such settlement.

Jesse Toprak, who leads industry analysis at automotive shopping and research site Cars.com, says the EPA claims situation may well have thrown a speed bump into Hyundai's hyper-growth curve. "For sure it damaged trust somewhat, not fully, but somewhat. If you are in market and undecided you may have ended up not choosing them because of that, but I think, honestly, most people didn't know about it or didn't care. The real issue is that Hyundai is still perceived by a lot of people as a value proposition, and that became a weaker selling point as the economy got better and people began to have access to easier financing and credit deals. And again, there's still a gap between what Hyundai is today and what consumers not so familiar with the brand, mostly in the middle of the country, think it is."

Shannon has been on deck for several big marketing initiatives at Hyundai aimed at building awareness and aspiration for the brand, and ultimately changing that perception, an ongoing project: he helped engineer a partnership NCAA college football and some big activations around it. This year, the sponsorship involved a big regional ad push involving the 17 college teams the company sponsors. He has also overseen projects like the RE:GENERATION Music Project pairing new artists with legends (Skrillex with The Doors, for instance), and the Hyundai Tournament of Champions PGA Tour golf tournament partnership. Another big change this year: the replacement of Jeff Bridges as the voice of the brand. In September, Bridges, who has spoken for the brand for the past seven years, was replaced by actor Paul Rudd.

Said Zuchowski in a statement: “Steve has achieved a number of key accomplishments in his leadership of the company’s marketing efforts over the last three years. We appreciate his significant contributions to the growth of HMA."

Although sales have been positive year-to-date October, the month revealed some weaknesses for the automaker: a 6% drop in sales volume while the rest of the industry was positive. The new, completely redesigned 2015 Sonata sedan, which went on sale in late Spring, may have lifted the nameplate's delivery numbers year-to-date October, but saw a big decline last month as well: 15,563 versus 19,872 of the late model in the month last year. Some of Hyundai's overall sales volume slippage has to do with production capacity not meeting demand for some of its vehicles.

Toprak says the Sonata is between a rock and a hard place. "It's an extremely crowded market now, and frankly there are no bad cars." He suggested that the redesign of the vehicle, which was meant to refine the "fluidic sculpture" brand language may not be all that helpful. "A few years ago Sonata stood out by its unique design, and also it's extreme value. Now everyone has emulated what they did. If you are in market for first time you are now not necessarily the best price, not the best design, and maybe not the vest value. If you are undecided the Sonata isn't a slam dunk any more."

automotive
1 comment about "Shannon Out At Hyundai, Automaker Confirms".
Check to receive email when comments are posted.
Next story loading