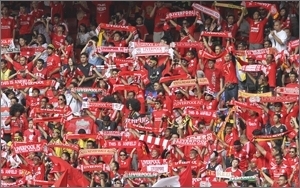 Consumer brand marketers who can afford it rush the NFL gridiron like fans chasing players after a win. Too bad if they aren't thinking about the other football. Nothing could be dumber than ignoring the Millennial professional sport and the one that will grow as the U.S. becomes a heterogenous mix.

At MediaPost's Marketing Sports conference on soccer in America on Monday, panelists and speakers sharpened their X-Acto knives to slice and dice the soccer demographic and consider meaningful marketing around the game.

John Guppy, founder of Gilt Edge Soccer Marketing, said the nature of the sports appeal has changed with a younger, more diverse fan base. "Today, 74% of fans will tell you that the international aspect is the big appeal. We've gone from foreignness being a barrier to soccer's appeal to its attraction. That's globalization."

Per Gilt Edge's data, 30% of American households have one soccer player and 88% of soccer fans have connection to soccer participation. There are 15 soccer-specific stadiums in U.S., and the average attendance at MLS games is over 19,000. There were 109,318 in the stands at Real Madrid vs. Manchester United.

"Conversation is everything. They are incredibly social; it's the sport of digital age. They are the most digitally connected of all sports fans." The firm's data shows 48% are on twitter, 26% are on Instagram, and 26% are on Facebook. We have created a landscape in the U.S. where we have an interconnected infrastructure based on participation, national team and club-team fans and dozens of events, properties, leagues and passion points. No other sport that can draw such a landscape map in the U.S. It's the existence of multiple touchpoints.

He delineated six kinds of fans in the United States:

1. The agnostic, a fan of international soccer and major league soccer whose average age is 35, and 28% of whom became fans before they were 10 years of age.

2. Event seekers. They are only into the big events, and they tuned into the World Cup. They follow 1.6 teams with the MLS and EPL (English Premier League) the top leagues.

3. Fanaticos favor mostly Central and South American teams. They average 28 years of age and 64% got into soccer before the age of 10.

4. Europhiles are not the "Eurosnobs" one might expect them to be, he said. "Only 29% care only about the top European teams. But we tend to assume everyone is a Europhile." They are under 30, mostly male, and have a heavy Brit influence.

5. The Domestics are highly patriotic, one-third 30% female, with 77%  cheering only for U.S. teams.

6. Three-quarters of the "observer" demographic is female, and it's fair to say many are the so-called "soccer mom" demo, said Pekush. "This is someone who says, 'I'm not a fan; my interest is tied to the kids.' It's an important audience and there are a lot of brands out there who want to reach them." They are also into the NFL and MLB, and three-quarters of them have two or more kids. "Lots of clients are reaching that audience, and they should go experiential."

Pekush said the brand's expansive strategy has brought strong growth. "Ten years ago, the entire pie was the core soccer fan and only 5% to 10% of people who bought our FiFA games were to people who had never bought a FiFA game before. By 2010, it rose to one-third. Non-soccer fans were now talking about our sport." For EA, the outreach is to what it labels (through its own segmentation study) the “social players” who love competition, love sports and gaming, and spend money on top-ten hits not just sports games, and the impulse-driven consumers who aren't soccer fans but love to buy the latest hit games.