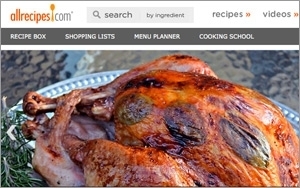 After acquiring the popular Allrecipes.com Web site in 2012 and turning the brand into a successful print magazine last year, Meredith Corp. is taking the next logical step.

The seven-year licensing agreement calls for Clipper to create a range of cookware, bakeware and various kitchen gadgets to be sold in retail and online.

According to the partners, Clipper will draw on its expertise creating professional grade products for the food service industry to make durable kitchen tools at accessible prices. The products will be unveiled in March of next year at the International Home and Housewares show in Chicago.

The licensing deal seeks to capitalize on the high brand recognition enjoyed by Allrecipes.com and its associated magazine. According to Meredith, Allrecipes.com receives over 1 billion visits a month, mostly from women with families.

The print magazine’s circulation has also risen steadily, a relative rarity in today’s troubled print environment. After launching Allrecipes with a rate base of 500,000 in November 2013, Meredith raised the rate base to 650,000 in April of this year and is raising its rate base again to 900,000, effective with its October-November 2014 issue.

Meredith has made a number of strategic moves in the last month. Earlier this week, it announced the acquisition of mywedding.com, a popular wedding planning destination.