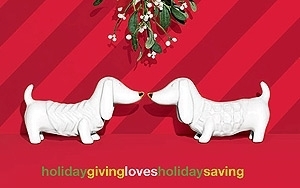 Not quite a year after muddling through one of the biggest consumer data breaches ever, Target’s turnaround strategy seems to be paying off.

The retailer says sales were better than expected in the third quarter -- climbing 2.8% to $17.73 billion, from $17.26 billion in the same period a year ago. And thanks to more aggressive promotional activity, comparable-store sales gained 1.2%, where the Minneapolis-based retailer had expected a gain of just 1%. And net earnings rose 3.1% to $352 million, up from $341 million.

“We’re encouraged by the improving trend we’ve seen in our U.S. business throughout the year,” says Brian Cornell, chairman and CEO, in its release. “And our fourth-quarter plans are designed to sustain this momentum. The entire company is energized as we approach the peak of the holiday shopping season, and we are looking forward to delivering an outstanding store and digital experience to our guests.”

Almost a year after the data theft, which began last Nov. 27, the company says the breach has cost it $158 million. But much of Target’s trouble, observers say, stemmed from bigger problems — including tired merchandise and dwindling store traffic.

Since signing on as CEO back in July, Cornell has continually emphasized the chain’s commitment not just to security, but to winning back shoppers. Among its holiday offerings are free shipping all season long, a Wish List app aimed at kids, and daily discounts of up to 50% via its Cartwheel savings app. (The company has said 75% of its digital traffic comes from mobile.) And its holiday marketing campaign, which kicked off with an Alice in Marshmallow Land spot highlighting gifts for kids, includes 15 different ads this year.

Based on those financial results, Standard & Poor’s Rating Services says it expects “continued incremental improvement in the fourth quarter — especially because the weak operating performance was in the fourth quarter last year, and current low gas prices could aid consumer spending. Furthermore, it is likely that consumer spending trends on small ticket items could improve after being very weak over the past year.”

Meanwhile, Walmart — which also recently surprised observers with better-than-forecast results — is pursuing holiday shoppers full force, as well. The company is rolling out its best Black Friday offers a full week ahead of schedule, as it did last year. That means it will cut prices on key electronics and toys beginning Friday, Nov. 21, and either match or beat select Black Friday offers from leading national competitors.

“The retail environment is incredibly competitive,” says Duncan MacNaughton, the Bentonville, Ark.-based retailer’s chief merchandising officer, in its release. “And we know that our customers are looking to us for the lowest prices.”