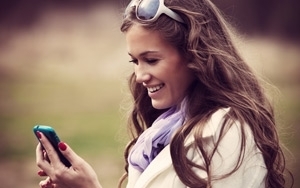 Images drive searches and purchases, but they also help engineers to visualize finished products during the concept stage. Google on Wednesday acquired RelativeWave with the goal of helping developers create prototypes to see what their applications will look like on mobile iOS devices.

Form, a tool from RelativeWave that builds app prototypes, allows developers to create prototypes and have full access to the camera and other sensors. As part of the acquisition, the team made Form free in the Mac App Store.

Form offers the ability to visualize concepts as well as more accurately recognize sequences of images on a page rather than a single object. Earlier this week, Google and Stanford University announced a research project to build software that identifies an entire scene in a picture, not just individual objects.

The advancements in image recognition will make it possible to better catalog and search for the billions of images and hours of video available online. Today, Google and other search engines rely largely on written language or metadata that accompanies an image or video to determine what it contains.

Through improvements in object detection, classification and labeling, the algorithms in Google's and Stanford University's project attempt to translate in language what is seen in the image -- for example, a group of kids playing baseball in the park. They offer the ability to describe a complex scene and explain what’s going on, capturing how the various objects relate to one another and translating it all into natural-sounding language.

"Smiling Young Woman on her Smartphone" photo from Shutterstock.