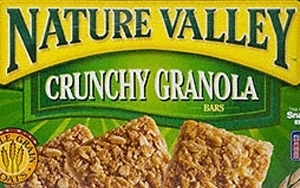 The complaints, filed on behalf of consumer plaintiffs by nonprofit nutrition advocacy group Center for Science in the Public Interest and two law firms, argued that the claim was deceptive because the products in question contained high-maltose corn syrup and maltodextrin, ingredients that are produced "by treating corn starch with acids, enzymes or both before being refined into a substance that does not occur in nature," in CSPI's description.

General Mills, while not admitting any liability, agreed not to use the "100% natural" claim in the labeling and marketing for some 30 Nature Valley products.

General Mills has stated that it changed the disputed wording even before the lawsuits were filed in 2012. Steve Gardner, CSPI's litigation director, told The Wall Street Journal that CSPI disputes that timing. CSPI has also said that it raised its concerns about the "100% natural" claims with General Mills in private as early as 2005.

General Mills joins a growing number of food makers that have dropped or changed the wording of natural claims as a result of lawsuits or the threat of such suits. Previous threats or actions by CSPI have resulted in changes in claims used by 7Up, Capri Sun, Crystal Light, Edy's and Dreyer's ice creams, and Izze soft drinks. Pop Chips, Kashi and Trader Joe's have also agreed to settle similar cases without admitting wrongdoing.

CSPI said that the latest settlement, with General Mills, should help "nudge the marketplace, otherwise awash in varyingly flimsy 'natural' claims, in the right direction."

After years of industry debate about how "natural" should be properly defined for regulatory purposes, the Food and Drug Administration still has only a limited definition. That definition states that "natural" means foods and beverages that do not "contain added color, artificial flavors, or synthetic substances."

CSPI says that it has continued to file suits related to natural claims because the FDA rarely enforces its limited definition. CSPI continues to call for the FDA to step up and tackle creating a clearer definition.

"No acceptable official definition of 'natural' should allow the claim on highly processed ingredients like high-fructose corn syrup or maltodextrin, substances that literally do not occur in nature," Gardner asserted in CSPI's announcement of the General Mills settlement. "But as long as there is no definition, companies will still recklessly make the claim, and consumers will continue to be deceived."

The Food Labeling Modernization Act, introduced in 2013 by Sen. Richard Blumenthal (D-Conn.), Rep. Rosa DeLauro (D-Conn.) and Rep. Frank Pallone (D-N.J.), would prohibit the use of the word "natural" on a food that includes any synthesized ingredient, or any ingredient that has undergone chemical changes such as corn syrup, high-fructose corn syrup, high-maltose corn syrup, maltodextrin, chemically modified food starch, or alkalized cocoa. The bill also calls on the FDA to develop a more encompassing definition of natural.

Foods containing ingredients that involve genetically modified organisms (GMOs) or genetic engineering in any part of the production process are also becoming the focus of potential consumer legal actions.

"If you have any ingredients that originated with GMO seeds or GM processing [and you're marketing your wares as 'natural'], you have placed a target on your product to be subject to a lawsuit," warned Kristen Polovoy of law firm Montgomery, McCracken during a FoodNavigator forum on "natural an clean" labels.