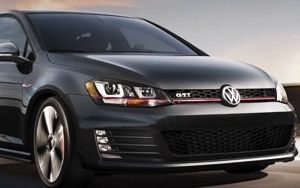 Volkswagen has been struggling for some years now to get its focus back in the U.S. market in terms of product. It might be a little over optimistic to say that the new Golf, which just won Motor Trend 2015 car of the year, is a bellwether. But maybe this is: Volkswagen Group says it will invest €85.6 billion in new models and technology worldwide over the next five years. The automaker, based in Wolfsburg, Germany, will spend two-thirds of the investment on fuel-efficient vehicles, and environmentally friendly production.

Said the company's chairman of the board, Martin Winterkorn: “We will continue to invest in the future to become the leading automotive group in both ecological and economic terms -- with the best and most sustainable products.” He added that regulatory pressure is driving the changes.

The company said about half the expenditures will be in Germany. “Our 28 German locations are the backbone of the group … a key competitive advantage, and one we intend to maintain,” said Winterkorn. The company said that about 64% of spend will be toward automotive products across its brands, which in the U.S. means Audi and Volkswagen.

Most of the focus will be on building out the SUV lineup -- especially compact crossovers, the fastest-growing category of vehicles, plus light commercial vehicles. Volkswagen is also planning a €23.0 billion investment over the next five years, including new production capacity in Poland and a new Audi plant in Mexico.

Doyen of all things automotive, former marketer and agency executive Jim Sanfilippo echoes what a lot of people have said about the brand: why haven't they done with VW what they have done with Audi? "I have often been mystified by how often they said they would do it and weren't able to put the pieces together." He tells Marketing Daily that while the Volkswagen brand in the U.S. has suffered from lack of focus, "they have the wherewithal, gravitas and engineering to fix it. Look at Audi.

"They have the range of powertrains to out-engineer anyone in the market. They haven't really stirred the soul of the common man in a long time. But they can do it -- they've proven it."