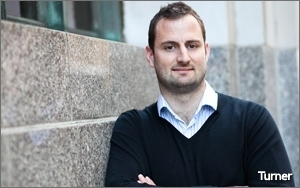 Turner will focus on developing international partnerships for the technology company, whose platform allows advertisers to connect with their audiences in real-time, across smartphones, tablets and desktop devices.

“Paul has a proven track record in scaling category defining advertising technology platforms at a global level," says Adbrain's CEO, Gareth Davies. "Having previously worked alongside Paul at Google scaling Invite Media across EMEA and APAC, and subsequent leadership at Adaptly in North America, he is the perfect candidate to ensure global customer success.”

Turner will be based in Adbrain's New York office, but will be traveling extensively per his global position. Most of Adbrain's teams are based in the London office. He reports to CEO Davies.

Turner's international experience makes him well-suited to the new role.

He was previously EVP, revenue for Adaptly, the social media-buying platform. Before Adaptly, Turner was Head of EMEA for Invite Media, the Google acquired company responsible for developing the Bid Manager. He also worked in business development for Right Media, now Yahoo! Ad Exchange, across client accounts for EMEA, Latam, APAC and the Middle-East.

“Adbrain has a vision, they are perfectly aligned with the market and, more importantly, the future," says Turner. "For a company still so early on in its journey I've been incredibly impressed with both the scale of the technology and the level of demand Adbrain is seeing globally. I’m looking forward to helping establish new relationships and driving growth.”