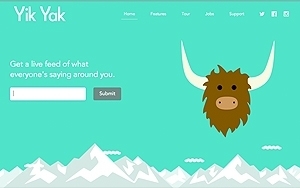 Trying to shift the anonymous messaging landscape in their favor, Sequoia Capital and other top investors have bet another $62 million on Yik Yak.

The funding -- first reported by The Wall Street Journal -- comes just six months after the start-up raised $10 million. An early investor in WhatsApp, Sequoia has already made a killing in the broader mobile messaging space.

Like most anonymous messaging services, Yik Yak has been called faddish, tailor-made for bad user behavior, like bullying and gossip, and immune to monetization.

The bullying issue is so serious that Yik Yak decided to block younger users from accessing its application while on school grounds earlier this year.

The personal privacy that anonymous platforms promise has also been called into question, as was recently demonstrated when hackers intercepted hundreds of thousands of Snapchat messages through a third-party service. Whisper also recently came under fire for tracking users’ locations, including those who specifically asked not to be tracked.

Yet, these pitfalls have not stopped investors for showering the start-ups with capital. Snapchat, in particular, has already raised roughly $100 million from Lightspeed Venture Partners and Benchmark, among others.

Snapchat remains the most popular disappearing messaging service, per Forrester — but it faces increasing competition from upstarts like Yik Yak. In February — just three month after its launch — Yik Yak claimed about 100,000 users. More current usage figures are not known.

Along with Whisper and Secret, other anonymous services include PostSecret, sixbillionsecrets and Facebook’s Slingshot. Similar to WhatsApp, more straightforward messaging apps include Kik Messenger, WeChat, Line and Tango.

In August, Facebook’s Instagram unit debuted a Snapchat-like service named Bolt in select overseas markets, including New Zealand, Singapore and South Africa. Pinterest also recently broke into mobile messaging with a new feature for users to chat about particular Pins, or anything else that comes to mind.