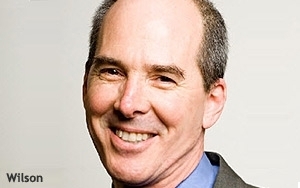 The New York Times took another step in its continuing reinvention of itself as a digital publisher with the appointment of Kinsey Wilson as editor for innovation and strategy, a new role within the organization.

As the newspaper’s trailblazing innovation editor, Wilson will be responsible for expanding the newspapers’ mobile strategy and creating new digital products that package NYT journalism in ways that appeal to new audiences, similar to the NYT Now and NYT Cooking apps.

His appointment will take effect February 2015.

NYT executive editor Dean Baquet stated: “A pioneer in digital journalism, Kinsey is joining us at a crucial time as we accelerate our transformation into a news organization that delivers great journalism on all platforms.”

Wilson’s appointment comes in the midst of an aggressive reorganization intended to make the NYT and its digital channels more nimble in order to keep pace with the fast-changing digital media landscape.

Many of the strategic changes were laid out in an internal memo that was leaked to BuzzFeed in May of this year. While acknowledging the superior quality of The New York Times’ reporting, the memo pounded home the message that “we are falling behind in a second critical area: the art and science of getting our journalism to readers.”

Among other things, the memo stated that the newsroom needed to be reorganized to cater more effectively to reader experience. The proposed reorganization would give the newsroom access to departments and resources traditionally associated with the business side of the NYT, including divisions devoted to “Design, Technology, Consumer Insight Group, R&D, and Product.”