Kia Motors Back For Year Two Of YouTube Music Awards 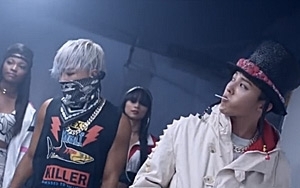 Kia Motors Worldwide is partnering for the second year with YouTube and Vice Media to be exclusive presenting sponsor of the second annual YouTube Music Awards.

Although the awards show happens sometime in March next year, when YouTube will have music content for a day, Kia is getting things going now. The show lauds artists based on the number of fan votes they get for their videos, and both the Kia site for the show and YouTube’s Kia-branded site are this week getting populated with artist music videos. YouTube’s site has video content from artists like Megan Nicole and K-pop mega stars GD X Taeyang, as well as making-of videos featuring directors and talent. Both the YouTube and Kia site also have Kia-backed video content of the #TheShhhow, a Kia-developed Weezer-fan karaoke on Venice Beach, Calif.-turned surprise Weezer concert.

YouTube has just launched a beta for an ad-free, subscription-based service called YouTube Music Key, that allows users to download videos and gain access to tens of thousands of songs on Google Play. Said Soon-Nam Lee, VP of overseas marketing at Seoul-based Kia Motors: "YouTube is an ideal platform for connecting today's most innovative artists with a billion fans around the world, and our ongoing partnership with the YouTube Music Awards is the perfect place to share Kia’s passion for digital entertainment and music."

The 2013 edition of the awards show, which Kia says got 54 million views, was a live event in New York directed by Spike Jonze with artists like M.I.A., Lady Gaga, and Eminem performing. Last year fans could vote by posting links from the YouTube awards to their social media channels. The video with the most votes in each category (Eminem) won. The automaker says with this year’s show viewers also have input into how entrant videos are made over the coming months before the votes are tallied next year.

Separately, Kia Motors has launched a program for the Australian market leading up to another 2015 event, the Australian Open. The social campaign involves a cross promotion with Marvel's X-Men property to tout the Sorento crossover. Ending Dec. 5, it and dangles an "X-Men: Days of Future Past" DVD to consumers who are chosen after having engaged on Twitter at #KiaXcar and then chosen and commented on one of the heroes.