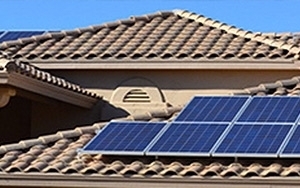 In May, the White House installed solar panels for the first time. Now, OneRoof Energy wants to install solar panels on every other house in the U.S. and has selected Red Door Interactive as its Digital Agency of Record to drive awareness.

The outreach will run across various digital marketing channels targeting homeowners in California and Massachusetts.

The first campaign will debut early next year.

Red Door Interactive's campaign will position OneRoof Energy as a one-stop resource for choosing solar energy for the home. "Purchasing solar has evolved quickly and we will focus on education about purchasing solar, as well as streamlining the purchase process to make it far more consumer-friendly and approachable," the agency said.

The company claims that one key point of differentiation is its ability to offer a variety of solar panel financing.

“Still, this partnership comes during a challenging time for OneRoof Energy. The company has a limited operating history and has experienced net losses since it launched in early 2013. As of December 31, 2013, it had an accumulated deficit of approximately $63.1 million Canadian and a net loss of $40.3 million Canadian. Executives expect to continue to incur net losses and have significant cash outflows for at least the next year."

OneRoof Energy spent $2.565 million Canadian on advertising in 2013, up from $510,805 Canadian, according to company financial statements.

Most recently, the company had worked with San Diego's NYCA as AOR. Earlier work was done primarily in-house or through a variety of external providers on a project basis.