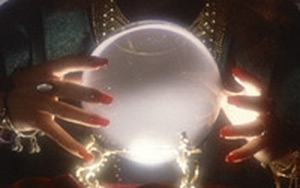 Ask.com released its top searches for the year related to questions and answers, revealing terms like Ebola, ISIS and Malaysia Airlines headline the list as the top three terms. The question-and-answer engine listed its top-trending news, celebrity and politically themed search terms as well as predictions for what will make the headlines in 2015.

Predictions range from canceling the "Keeping up with the Kardashians" season and Nashville edging out New Orleans as the top Southern U.S. travel destination, to Michael Keaton becoming the top contender for casting in the third season of "True Detective." The top five also include the name "Wyatt" breaking into the top 100 baby names for girls, and the bulldog dethroning the Labrador as America’s most popular dog.

Six through 10 predictions for 2015 include Stephen Colbert getting crowned king of the late-night talk show, personal robots  selling twice as many models in 2015 than were sold in 2014, no-sugar diets knocking gluten-free out of the top spot for the health fad of the year, BMW entering the electric car market with i3 and spikes in sales, and Adele’s rumored new album topping the charts and breaking her own previous album release record.

Robin Williams and Jennifer Lawrence took the No. 1 and No. 2 spots, respectively, for top celebrity searches in 2014.