NBC Tops All Nets In November 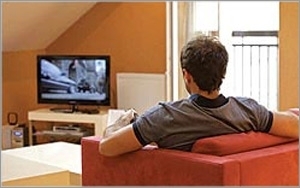 TV’s first of four “sweep” periods — still a measure of worth for medium and smaller TV market stations — has put NBC on top of all networks in November for the third year in a row.

CBS maintained its domination when it came to all viewers —
averaging 9.723 million in prime time during the month-long period. NBC was at 8.247 million viewers, followed by ABC at 7.745 million  and Fox with 3.788 million.

NBC has the No. 1-rated prime-time TV series “Sunday Night Football,” which has an average 7.1 rating among 18-49 viewers so far this season.

With more TV stations getting viewership and demographic data on a regular basis — as well as data coming from new companies such as Rentrak — fewer markets now count only on sweeps periods, where stations get their key demographic viewer results to set advertiser pricing. Larger TV stations, in the top 56 markets, have either Nielsen set meter or people meters.