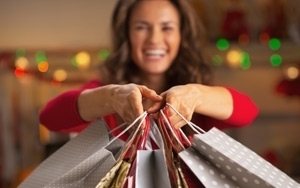 Holiday shopping continues to begin earlier, with brands spending more money in mid-November to reach consumers than in prior years. Williams-Sonoma, Macy's, Nordstrom and Bloomingdale's, among others, began sending emails about online specials earlier this week.

Compared with the 2012 and the 2013 peak shopping seasons, marketers supported by Kenshoo began spending more on paid-search campaigns nine days prior to Thanksgiving in 2014 -- about four days earlier than earlier years, per the company's data.

Kenshoo published research Wednesday revealing that brands they support in paid-search advertising are not only spending more in paid search ahead of the holiday season compared with previous years, but also increased campaigns earlier. When compared to 2012, paid-search spend rose more than 40% on each day prior to Thanksgiving in 2014, with the largest increase -- more than 73% -- generated four days prior to Thanksgiving.