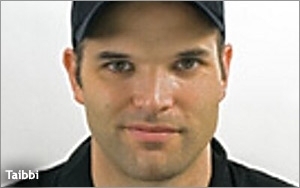 The last few years brought a wave of new digital-only journalism start-ups, but not every one of these scrappy newcomers will survive. The first high-profile casualty is First Look Media’s announcement that it is shutting down Racket.

Touted as a smart, funny news outfit focused on corporate corruption and politics, Racket served a healthy dose of snark and satire.

Racket’s demise was widely predicted following the unexpected departure last month of its founding editor, Matt Taibbi, who won recognition as an investigative journalist for Rolling Stone writing about Wall Street and finance, among other things.

In February, Taibbi left Rolling Stone to join First Look Media, a company created with an investment of $250 million by eBay founder Pierre Omidyar to publish left-leaning journalism through a number of new sites, including Racket.

Another First Look news site, The Intercept, is led by former Guardian journalist Glen Greenwald and Laura Poitras, who broke the Edward Snowden NSA story last year. The sites would not rely on advertising, Omidyar vowed, allowing them to maintain their journalistic integrity.

However, just seven months later, Taibbi stepped down from Racket with little explanation, fueling speculation that he butted heads with Omidyar, who is known for his highly involved — some say intrusive — management style. These rumors were apparently confirmed by reports on sister site The Intercept that Taibbi and Omidyar had clashed over the “structure and management of Racket.”

Elsewhere in the world of digital news startups there was some good news this month.

Vox Media announced that it will continue to expand the video offerings at The Verge, its technology and culture site. The Marshall Project, a news start-up focused on covering the criminal justice system and led by former New York Times executive editor Bill Keller, officially launched this month as well.