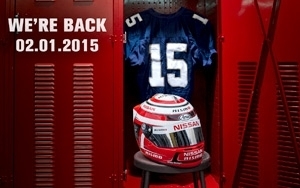 Even as several automakers have opted out of the Super Bowl, Nissan is opting in. More incredibly, it is the first time that automaker has been in the big game since 1997.

The bigger picture is Nissan's "Big Moments" strategy of buying into major events like the NCAA football playoffs and sponsorship of the Heisman Trophy Trust -- with advertising aligned with that, as well as its Heisman House experiential program. Said Fred Diaz, SVP, Nissan North America sales and marketing and operations in a statement: “Our approach of using fewer yet bigger moments is already paying off.

"And we’ve expanded our multimedia engagement with NBC’s ‘The Voice,’ as well as our continuing with our fourth Season of Nissan’s robust virtual-to-reality motorsport program, GT Academy." GT Academy airs on Spike TV, MTV2 and Hulu.

The extension of "The Voice" is a three-season deal that includes a partnership with Adam Levine, lead singer for Maroon 5 and coach for "The Voice." That program is being exploited for a series of branded content airing during the show featuring the singer and contestants.

The automaker is also positioning itself for the launch of the new 2015 Nissan Murano crossover, and has been enjoying strong sales. Last month, the company reported it had to increase production (which it did, by 18.2% year-on-year) because of increased demand for the Rogue, marking an all-time record for a single month.