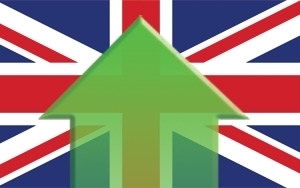 Advertising spending in measured media in the U.K. is expected to show a 6.3% increase this year, the fastest growth of any major, mature consumer economy, and well ahead of the 4% global ad investment growth expected for 2014, according to a new forecast by WPP’s  GroupM.

The UK forecast will be followed by a broader global ad spend report to be released next week.

Similar reports will be issued by Publicis Groupe’s ZenithOptimedia and Interpublic’s Magna Global. Forecasters from the three firms are scheduled to discuss the ad expenditure outlook next Monday at the UBS media conference in New York.

“Advertising and the wider U.K. economy are growing well, but are vulnerable to private debt and public austerity at home, and external problems of weak demand, especially in the Eurozone,” Smith said. “Low U.K. wage growth remains a constraint, ameliorated for now by cheaper oil and price competition,” stated Smith.

According to the report, digital spending will reach $11.2 billion in 2014 and is expected to grow 13% to $12.6 billion in 2015. “The familiar drivers are video, social and mobile, but the underlying reason is more practical and attractive formats for brands — richer, more trackable, more targeted and more clickable,” said Smith.

Traditional TV's share of ad budgets is holding steady at 26%, and TV audience prices have risen in 2014. 'This happens when firm advertiser demand meets fixed or falling audience supply. The longer- term question is whether online will wrest investment from TV with the ease it did from press media. This is a fairer fight, which will unleash creativity and force scrutiny of simple broadcast versus ‘addressability at scale.’ ”

Print media remain under the most pressure, with 2014 advertising in physical newspapers and magazines expected to drop below $3.9 billion—a decline of 9% from 2013. GroupM forecasts a further 9% fall in 2015 to $3.5 billion. However, Smith adds, “Demand for digital news-brand inventory is rising at least, as well as for digital media generally. Reputable brands value reputable digital environments.”