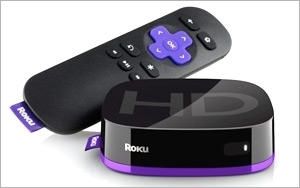 Streaming platform Roku is shaking things up this holiday season. Roku has selected IMM as its digital marketing agency, following a review. Butler, Shine, Stern & Partners was the incumbent, which oversaw the brand for about a year.

IMM will lead the Saratoga, Calif.-based company’s data-driven marketing and attribution efforts in the U.S., as well as handle digital media planning and buying.

In addition, IMM will collaborate with Interpublic Group’s Huge, Roku's digital creative AOR, on messaging to  tell the brand's story in a way that marries creative with data and analytics.

This account switch underscores several significant changes Roku has made in regards to its marketing and advertising. Last November, Roku spent $12 million to launch a holiday-themed campaign developed by then newly-appointed agency Butler, Shine, Stern & Partners. This first effort under the agency was designed to drive sales, which contrasted with previous campaigns which were designed to raise brand awareness.

Roku had also adjusted its ad buying strategy from radio and outdoor to focus more on digital channels. The company spent $1.349 million on outdoor media in 2013, while spending nothing in 2014, according to Kantar Media. Similarly, Roku spent $496,000 on radio advertising between January and June 2013, compared to nothing during the same time frame in 2014. Instead, Roku has spent $613,000 on Internet advertising in the first six months of 2014 and $13,000 on magazine ads.

Meanwhile, this account serves as a big win for the independent, full-service IMM, adding to its roster of clients that includes Chili's, Big 5 Sporting Goods and Knot Standard.