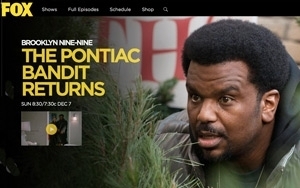 The plan is for Fox to implement LiveRail’s Video Private Exchange (VPX), which should give it access to the growing automated ad marketplace, and connect clients with biddable “programmatic” video inventory.

As part of a broader automated advertising strategy, Facebook reportedly paid between $400 million and $500 million for LiveRail this summer. The deal followed Facebook’s first foray into “audience-buying” with the launch of FAN, the Facebook Audience Network.

In August, industry insiders said the deal made sense for Facebook. “First with FAN and [with its LiveRail acquisition], Facebook is demonstrating that its user data can be a powerful key to expanding its business outside its own platform to help drive advertising dollars — potentially from TV in this case — to the digital market,” Neal Modi, vice president of revenue and operations at brand advertising platform Kargo, said at the time.

More recently, Facebook relaunched its Atlas advertising platform as part of a broader effort to challenge Google and AOL on the ad-serving technology front.

LiveRail helps publishers serve better video ads, while ensuring that marketers find quality placement for their spots. In May, LiveRail reached 37.2% of the U.S. population — at the time, better than AOL (35%) and Google (34.1%), but still behind BrightRoll (51.3%) and Specific Media (44.4%), according to comScore.