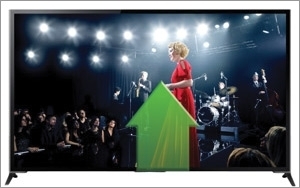 U.S. advertising will see a slight improvement in 2015 from 2014 -- but not by much. The Internet will continue to climb, while TV will have it tough.

Brian Wieser, senior research analyst for Pivotal Research Group, expects growth of 2.2% this year and 2.5% the next. “Unfortunately for the industry, the year is turning out to be a relatively weak one versus last year,” he writes.

He anticipated “some modest deceleration in the fourth quarter to — 1.5% year-over-year growth.” Wieser says what was unexpected “was the degree to which TV-focused 'traditional' marketers would reduce spending at the same time as digital-focused Web endemics accelerated spending.”

TV audience declines are not helping the situation. Wieser is concerned that inventory guarantees paid to advertisers will go unmet.

Internet-related advertising will gain around $6.6 billion in revenue this year, exceeding a $4 billion gain for 2014 over 2013.

Other media will have it tough going for 2014: newspapers look to decline by 9% this year, directories down by 21%; magazines falling 7%; and radio, off 3%. By contrast, outdoor will grow by 3% for the year.