Hispanics Are 'Acculturating,' But Only To A Point 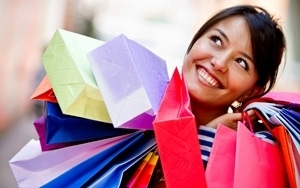 U.S. Hispanics are shifting away from traditional Hispanic culture towards biculturalism, according to research from GfK’s KnowledgePanel Latino.

More and more are describing themselves as bilingual, and they are adopting some U.S. behaviors and attitudes, but are still holding on to key Hispanic values.

The takeaway for marketers should be that the strategy must be cultural, and language is just a tactic, says Carlos Garcia, SVP of GfK’s multicultural practice in North America.

“If you want to reach consumers, you have to understand what they want, why they want it, and how they want it, so first you understand them, and then you figure out how to reach them with a message that is now relevant,” Garcia tells Marketing Daily.

In an increasingly bilingual world, you can’t ignore Hispanic consumers when you develop your English language campaign because bilinguals will see it too, he says.

“And you can’t just do a separate campaign in Spanish and think you have checked the box because Hispanics will see the Spanish ads and the English ads as well, and if the campaigns are not coordinated (or particularly when they are contradictory) the resulting cacophony can be counter-productive,” Garcia says.

Reflecting this move towards biculturalism, the language mix in the U.S. Hispanic home has also changed distinctly; the proportion of those who speak “more Spanish than English” has dropped from 30% to 21%, while the figures have risen for “both languages equally” (from 21% to 25%) and “more English than Spanish” (14% to 19%).

“They can be effective, but they can also be off-putting if the category doesn’t fit or if the execution is clumsy,” he says.

Bilingualism isn’t just an issue of language, either.

“It can be a gesture, a setting, an outfit, a hairdo, a fist bump, picking one actor over another,” he says. “It is very subtle. So if an advertiser considers all populations as they develop a positioning and roll that unified strategy into executions that are designed to reach into specific sub-groups with specific targeted ad buys, they will be reaching different people in different ways, but with a unified core strategy. That is how they can reach the bicultural consumer.”

The Hispanic market is evolving, adapting, changing in some ways, holding onto their old values and heritage in others, and the American “mainstream” market is adapting to them as well, he says.

“This is evidenced in the proliferation of food products that feature jalapeños or chipotle flavoring, the growth of Mexican brands of beer and the popularity of tequila, Taco Tuesdays and other manifestations of the wholesale adoption of Mexican food into the American pantry,” Garcia says.

Pizza and tacos used to be “ethnic” foods but are now mainstream, he adds.

“So even as we speak about the biculturalism of the Hispanic market, you could say the same about the ‘mainstream’ market as well,” he says. “Overall I would say Hispanics don’t want to be isolated onto a marketing island of their own, they want to be part of the American whole, mainly because they now are.”

The new findings come from six years of profile surveys among participants in GfK’s  KnowledgePanel Latino, the most representative source of information on the complete range of US Hispanics. KnowledgePanel Latino covers 93% of Hispanics of all acculturation levels – including English- and Spanish-dominant and Bilingual people. It also represents the 32% of Hispanics without internet access at home by providing those panelists with a computer and ISP.

Patterns from previous waves of immigrants to the U.S. suggested that today’s generations of U.S. Hispanics would acculturate quickly. The GfK research shows no increase, however, in the proportion of Hispanics who identify themselves as “highly acculturated” – just 18%, the same figure as in 2009.

brand marketing, diversity, hispanics, research
1 comment about "Hispanics Are 'Acculturating,' But Only To A Point".
Check to receive email when comments are posted.
Next story loading