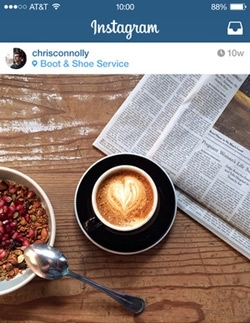 Particularly among younger users, social networks have historically had short shelf lives. Fortunately for Facebook, however, Instagram’s expiration date is nowhere in sight.

“We’re focused on helping you discover photos and videos from people who you care about, whether it’s a friend or your favorite musician,” Systrom explains in a new blog post.

Similar to verification services offered by Twitter and other social networks, Instagram is also rolling out verified badges for brands, celebrities and athletes. Williamson said brands should respond well to this authentication initiative.

“Instagram’s ad business is still very new and has a lot of growing up to do — for example, its targeting capabilities are still very limited,” Williamson said. “But the company's new authentication initiatives send a message to the ad community that their followers will be real entities, and that the impressions they receive will not be fakes or bots."

Trying to keep its network as clean as possible, Instagram is also working hard to deactivate “spammy” accounts.

“As part of this effort, we will be deleting these accounts forever, so they will no longer be included in follower counts,” Systrom said this week. “This means that some of you will see a change in your follower count.”