Jolly Good Is What They Say About November Spending 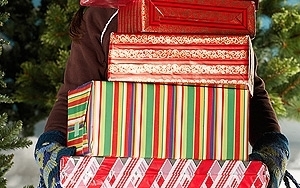 While Black Friday weekend may have been something of a letdown for many retailers, spending was strong for the entire month of November, according to the U.S. Commerce Department. And experts say that’s a jolly good sign.

“We still feel very bullish about the holiday season,” says Collin Brinkman, director of retail practice at Deloitte. Earlier this year, the consulting company had predicted robust gains, “with consumers reporting they intended to spend 13% more, and with spending on gifts increasing 9%. Entertaining at home was really hit hard during the recession, and we are seeing a big uplift in that area.”

Those numbers were crunched even before gas prices fell to their current lower levels, “and a little extra jingle in people’s pockets never hurts,” he tells Marketing Daily. Its survey found that more people were planning to do the bulk of their holiday shopping in December — 43%, up 6 percentage points from 2013. “Retailers have trained shoppers really well,” he says. “They are more patient about waiting for items to go on sale.”

The National Retail Federation says that the November sales gains — a 0.6% advance from the prior month, and a 3.2% jump from last November — are in line with its predictions as well.

“As we’ve said all along, retailers are optimistic that they will see healthy holiday sales gains this year,” says CEO Matt Shay in its release. “November sales results confirm that optimism, and we are steadfast in our belief that we are on track to reach the 4.1% growth in holiday sales that NRF forecasted in October.”

He reiterated that many in the industry expect that Super Saturday, which this year falls on Dec. 20, will be the biggest sales day of the year.

The NRF reported that every category registered gains in November, led by appliances and electronics, with a 6.1% bump from last November, building material and garden equipment climbing 4.7%; and health and personal care stores, up 4.6%.

While clothing and accessories stores also gained — up 2.5% according to the NRF analysis — Brinkman points out that sales of apparel can be impacted by weather shifts, and that many retailers, in an effort to be more conservative, went into the season with lower inventories: “And clothing has been accounting for a declining share of the gift market for several years now.”