Tee-Totaling Millennials, Dinner Dressed As Road Kill And Other Trends To Look For In 2015 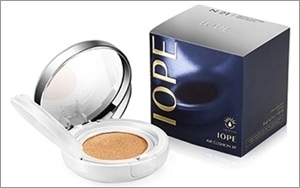 As we head into 2015, you’ll be interested to know that Millennials are increasingly abstaining from alcoholic beverages.

That’s according to a just-out report from JWTIntelligence, the research and trendspotting unit of J. Walter Thompson. The report, about the top 100 trends to watch for in 2015, cites one survey that found that 25% of UK Millennials are on the wagon.

Why? According to the report, “the face of youth is changing as Millennials become more aware of their health longevity. Fitness and health are being rebranded in hip and sociable ways.”

The report highlights new trends and developments in a number of areas including culture, brands, food and drink, innovation, lifestyle, luxury, retail, sustainability, technology and beauty.

According to the JWT report, the trend is notable because “ready access to the internet and social media means not only are trends spreading faster but new centers of influence are emerging. In beauty, these new influences are coming increasingly from the east.”

“It’s never been more important for brands to understand change, where it’s headed and what it means,” says Lucie Greene, worldwide director of JWTIntelligence. “The fast-paced digital world, instantly accessible information, globalization and social media have accelerated the pace of trends exponentially.” Meanwhile, she adds, “the speed of innovation is requiring brands to take both a short-term and a long-term view, planning strategies not just for the next year but the next 20.”

Among the cultural trends cited is the rise of so-called “Mipsters” (Muslim + hipster) and “Experiences Going Dark, the advent of unsettling experiences as entertainment.”  One example—Wolvesmouth, the trendy invite-only supper club originally based in Los Angeles that dresses dishes up to look like road kill.

In its Innovation section, the report notes the rise of the Tactile Internet as innovators experiment with haptic technology, wrapping in digital connectivity with physical action, among other trends.

And in Lifestyle, the report examines, among other trends, the rise of new centers of influence -- Los Angeles, for example, is reinventing itself as a fashion, tech and innovation hub.  The full report can be found here.