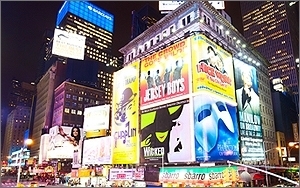 The OAAA attributed the growth to continued demand from local advertising, as well as political advertising associated with midterm campaigns.

The biggest proportional increases were seen in various categories, including government, politics and organizations, up 18%; public transportation, hotels and resorts, up 9.3%; retail, up 8%; insurance and real estate, up 5.5%; and schools, camps, and seminars, up 4%.

The increases were especially noteworthy considering that radio, often viewed as a companion to outdoor with its local focus, saw total revenues fall 2% in third quarter, in part because political ad revenues were lower than expected. Radio’s spot revenues, where most local spending goes, were down 3%.

The revenue report follows a busy couple of months for the outdoor ad industry, including the spinoff of CBS Outdoor (now Outfront Media) as an independent company, and the ongoing conversion of Outfront and Lamar Advertising to real estate investment trusts.

More recently, in November Traffic Audit Bureau CEO Joe Philport announced his intention to retire at the end of the year. Nancy Fletcher, president-CEO of the Outdoor Advertising Association of America (OAAA), will assume the role of Interim CEO of TAB, with Philport serving as a consultant, while the TAB conducts a strategic review on its future options.

On the technical side, outdoor companies are moving to embrace digital distribution and programmatic trading platforms. Last week, Dentsu Aegis Network’s out-of-home agency Posterscope unveiled what it claims is the “first real-time trading platform for digital billboards.” The platform is powered by digital-out-of-home technology and data company Vistar Media. It has already received trading commitments from big out-of-home media suppliers, including Outfront and Lamar.