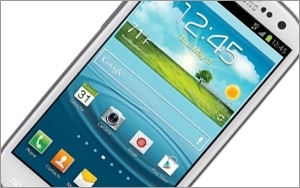 Mobile phones without a Web connection are going the way of rotary dials and Members Only jackets. Worldwide, nine out of 10 phones will be “smart” by 2018, according to new estimates from Gartner.

Roberta Cozza, research director at Gartner, said cost had a lot to do with the demise of “dumb” phones. “Sales of feature phones declined 25% in the third quarter of 2014 because the difference in price between feature phones and low-cost Android smartphones is reducing further,” according to Cozza.

Stateside, better technology is contributing to the switch. The launch of the iPhones 6 and 6 Plus drove an 18.9% increase in domestic smartphone sales in the third quarter of 2014 — the highest growth of any other mature market.

In the third quarter, three of the top five smartphone vendors were Chinese. Huawei, Xiaomi and Lenovo grew their collective market share by 4.1 percentage points.

Apple’s and Samsung’s combined smartphone share totaled 37% in the third quarter of 2014, which was down seven percentage points from the same period last year.

“With the ability to undercut cost and offer top specs, Chinese brands are well positioned to expand in the premium phone market and address the needs of upgrade users that aspire to premium phones, but cannot afford Apple or Samsung high-end products,” Cozza noted.

Still, sales of iPhones grew 26% in the third quarter thanks to the introduction of two large-screen phones for the first time: the iPhone 6 and iPhone 6 Plus.

With the new phones, “Apple managed to neutralize the advantage of Android competitors,” Cozza said. What’s more, “Gartner expects Apple to experience its biggest-ever fourth-quarter sales, with both of its large-screen phones seeing demand exceed supply since their launch.”

Samsung and Nokia experienced sharp double-digit declines in the third quarter, which let Apple get closer to Nokia, with only 5 million units separating these two vendors.