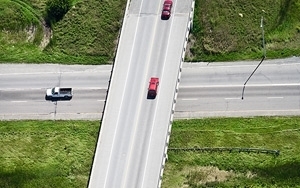 Despite the need for multiplatform campaigns as consumer habits change, only 27% of digital marketers participating in a survey say their company's online ad campaigns are completely integrated across digital channels. Less than a quarter say their company's digital marketing campaigns are totally integrated with all other areas, including offline advertising. The findings, in a report released Tuesday, identify an increasingly fragmented media landscape.

Marin Software surveyed more than 300 digital U.S. and U.K. digital marketers to understand their cross-channel advertising practices and challenges. Respondents represented companies from a diverse array of industries. The 2015 Digital Marketing Census study found that as display and social become more programmatic and biddable and as search begins to incorporate audience data taken from display and social channels, marketing organizations need to work more closely with other divisions across the company. The shift requires improvements in internal interactions between budget owners to successfully create cross-channel campaigns.

Jason Young, Marin VP of product marketing, said combining offline with online channels showed up in the study as one of the top three priorities for marketers in 2015. Oddly, with sensors, offline will become online -- but not many people think of it that way, per Young.

Disparate systems across companies remain high, with nearly half of survey respondents admitting they work closely with their IT department, and another quarter planning to do so in the future. Some 33% say they plan to hire more people with data analysis skills and 32% say working more closely with their IT and tech teams will remain a high priority in 2015. "Teams often work in silos," Young said. They are investing more to integrate the silos, but they feel increasingly overwhelmed with the amount of data they need to stitch together."

Another major shift in thinking emerged in the study. The digital world has more connected devices and channels than ever before, creating many unique paths-to-conversions, not one. Many times buyers use from one to 10 different sources of information during several days or weeks of research, creating more disruption. The report cites stats from Google suggesting that more than 65% of revenue comes from purchases that involve multiple touchpoints and 45% of revenue comes from purchases that span across several days.

As marketers attempt to better understand the consumer journal, 50% of survey respondents say cross-channel digital marketing will become a high priority for their business. The survey also revealed audiences are a top concern, with 51% of marketers planning to create campaigns based on deeper understanding of audiences in 2015. These priorities put an emphasis on following consumers, not clicks.

Some 46% want better integration with online and offline efforts in 2015, followed by 44% who want better integration with digital marketing disciplines, and 33% who will invest more sophisticated technology to gain and act on insights from customers. Programmatic is on the list of the top 15 trends for 2015, with 23% expecting to buy the advertising.

While the industry talks about experiencing the "year of mobile" in 2014, the media will remain a focus for marketers. About 57% in the U.S. say they optimize for mobile when they can, but it is not a major focus for their programs. Another 33% say they make mobile a priority to support context-specific and seamless experiences across devices. Only 10% of respondents say mobile is not a significant part of their strategy at this time.