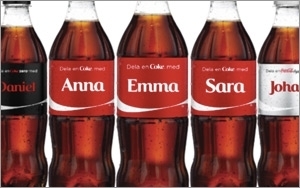 Science fiction writer Robert Silverberg's novel "The World Inside" depicts a future in which the entire human population lives in a series of mega-buildings — 1,000-story-high monoliths in which cities take up whole sets of floors. Maybe that's a metaphor for our megacity trend, in which more and more people are moving to the New Yorks, Sao Paulos, Shanghais and Mumbais of the world.

And that is going to drive culture, including marketing. Global marketing firm Landor's year-end trend outlook sees megacities spurring a desire for belonging. Parenthetically, that's also a theme of Silverberg's book, where people are encouraged to roam about at night and sleep with each other's husbands and wives. No predictions on that, though there is a definite "open marriage" trend, not covered by Landor in its year-end trend outlook.

Landor says demand for more distinct urban environments with a stronger sense of place and community, is a major driver, evinced by places like Vancouver, Melbourne and Barcelona, which all have distinctive local spaces. And as countries try to develop strategies to boost household spending to lift profit margins, they are moving toward "rebalancing" programs -- where in China, for instance, the government is pushing greater access to credit, property rights, and shopping holidays and destinations.

The firm also sees major changes in naming and packaging toward simplification and handmade. In the former case, a digital aesthetic driving names like Uber and Square, and characterized by a greater use of brand followed by simple nouns, is characteristic: Apple Watch, Apple TV, and Google Wallet.

In the latter, somewhat retro, Millennial-driven trend, packaging is moving toward simpler, artisanal, handmade, local and personalized. “As a result,” says Landor, “mid and higher-tier mass-market goods are shifting their design focus away from sleek visuals and delicate typography toward pre-digital era vibe.” Hand-lettered type, stamping, letterpress, and painted signage is also easy to track even on boutiques and restaurant marquis, exemplified by the return to old-school lettering-on-brick signage. And, “From crowdsourced flavors that support social media campaigns to memorable 3-D modeling structures that challenge industry norms, versatile packaging is the wave of the future.”

Meanwhile, with ethical, environmental and social behavior now essentially table stakes, brand purpose is moving quickly into the real of products and services. It crosses all product ranges, including automobiles, with leaders like Carlos Ghosn of Nissan Renault being straight up about making efficient green, urban solutions a key strategy for the company. "In 2015," Landor says, "This conversation will expand to focus on value and quality, with people seeking to work for and buy from companies that provide meaningful, authentic products and services." Landor cites Manila's Messy Bessy cleaner as a (not terribly well known in the U.S.) example, as the company hires at-risk teens.

Another trend -- also urban-driven and exemplified to some extent by a retail fragmentation in places like New York, with its shops that only sell macaroons, or restaurants whose sole offering is varieties of oatmeal -- is growth of niche markets. Landor sees businesses on the fast track to creating specialized offers and sub-brands to please the growing number of people who want personalized products. Companies can do this because of advances in data capture, and smaller-production volume manufacturing, a la Coca-Cola's personalized packaging around "Share a Coke."

Brands, notes Landor, are also speaking more like people -- something anyone who travels has begun to notice with the new off-beat pre-flight videos from carriers like Delta and of course, Air New Zealand; with GPS navigation language that speaks more and more in the vernacular; and even on-hold messaging that does likewise. Brand marketing communications from companies like auto-brand Mini are exemplars. The point, notes the firm, is to humanize and, again, personalize the brand.

Self-expression, individuality and authenticity are also continuing to change the beauty category -- a trend that can probably be traced to Dove’s 2004 “Campaign for Real Beauty.” Now, as Landor notes, we are seeing (some) brands ditching photoshopping and borderline-anorexic models, and being called out on it when they overuse both. Aerie and Dermablend are both examples of the “real people” trend.