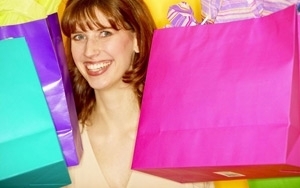 Consumers have been spending plenty in the early part of the holiday season, and retailers are upping the ante for the final push, wooing shoppers with increased promotions.

Online spending so far has set new records, with comScore reporting that for the first time, all five workdays topped $1 billion for two weeks in a row. Desktop e-commerce sales for the first 44 days are up 15% compared to last year, reaching $42.5 billion.

Signals are still mixed about how fast consumers are shopping, and how close they are to wrapping up their holiday buying spree. While American Express has reported consumers are dragging their heels a bit more this season than last, newer polling from the National Retail Federation finds the reverse. It says that as of Dec. 10, the average person had completed 52.9% of holiday shopping, up a little from 49.9% in the same time frame of last year.

“This year we witnessed ‘a tale of two holiday shoppers’ with many jumping on retailers’ early, hard-to-pass-up in-store and online promotions,” says Matthew Shay, its president and CEO in a holiday release. The Washington, D.C.-based trade group predicts that retailers will pour on the promotions, “offering exclusive Super Saturday promotions, extending their in-store holiday hours and promoting deals on expedited shipping.”

A survey from Walmart, based on 2,200 of its customers, found that 36% are planning to shop on Super Saturday.

In its survey, conducted by Prosper Insights & Analytics and based on more than 6,100 U.S. adults, some 23% of those who are behind on their shopping say they are waiting for better deals. And 49.1% of those in the survey say they intended to finish their shopping online, with 44.3% planning to do additional shopping at department stores, 30.1% heading toward discount stores, 22% including clothing stores and 19.3% electronics.