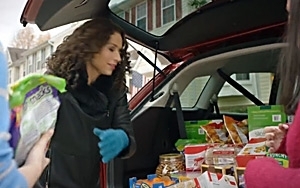 Looking to get more scale from all its social-media integrations, NBCUniversal has started “Social Synch."

The effort seems to build and expand on the Twitter Amplify effort, where traditional TV and social-media platforms are sent concurrent and/or integrated advertising messages.

NBC says its advertisers have been asking for their brands to be included into all social conversations around NBCUniversal content, said Scott Schiller, executive vice president of digital advertising sales, NBCUniversal.

“As the media landscape continues to fragment, scale is proving more important than ever and our content is driving some of the most popular social conversations," Schiller stated.

NBC has already started up some Social Synch campaigns. Since earlier this year, Social Synch has been included in approximately 30% of NBCUniversal cross-platform partnerships.

One prominent deal was for Audi around the “Primetime Emmy Awards,” where original video content was distributed via social media concurrently with on-air programming. Mazda also worked with NBCUniversal for its “Mazda Drive for Good” campaign across the company’s portfolio and use Social Synch.

Jonathan Anselmo, managing director for MediaVest, said: “By streamlining this process, this new offering ultimately allows us to develop richer experiences for our consumers.”

Amplify promotes live television content and related advertising, in which brands can sent out five to 10-second clips or photos from the programs.