Retailers Waste More Than Half Of Digital Budgets On Bot Traffic 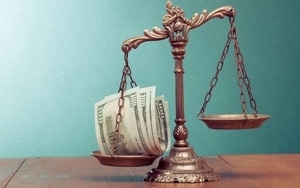 Suspicious Web traffic in the U.S. rose 36% sequentially in the third quarter of 2014, and bot traffic grew by 35%. Data released Friday identifies 55% of the traffic on retail sites as suspicious with 34% of traffic confirmed as bot. The data defines "suspicious" as non-human behavior.

Brands waste millions of dollars annually. If Bloomingdale's spends $200 million annual in digital, "we estimate $68 million of that could be wasted on bot traffic," estimates Jacoby.

Bots can more easily follow paths that imply intent rather than confirm it. The bots look for signals that assume the consumer wants to buy a car, rather than survey data, where the consumer tells the brand they are in the market for a new car. It's easier for bots to simulate the process related to probabilistic data because there is no definitive answer.

"When the numbers are compiled, we think it will get worse in the fourth quarter," Jacoby said.