VOD Services Grow, But Programmers Don't Use Most Inventory Space 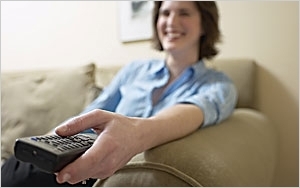 Video-on-demand services keep growing in terms of consumer usage, impressions delivered and total ad revenues. But there is much room for growth.

Nearly $100 million in advertising revenue is estimated to be spent on premium prime-time video-on-demand offerings per year, according to VOD/on-demand technology company BlackArrow, whose clients include Comcast, Time Warner Cable and Bright House.

Year-to-date, some 26.3 billion ad requests have been made and more than 7 billion ad impressions have been delivered. BlackArrow itself says it is near to delivering 1 billion impressions on average per month.

“Most programmers are only utilizing 50% of the available inventory/space,” says Nick Troiano, president of BlackArrow, who adds that some programmers insert much of their own TV network promos for a better consumer experience.

On average, two ad impressions per VOD stream per prime-time episode is delivered versus seven ad impressions when it comes to TV shows airing on premium digital platforms, says Troiano. He says: “It shows you the growth opportunity... It used to be one impression [for VOD].”

Beyond technological issues, Troiano says there needs to be more content for consumers to access, especially more completed seasons of TV shows. In addition, better content discovery is necessary.

Subscription video-on-demand services -- those platforms where consumers can which TV shows without advertising -- have been a major factor affecting ad-supported VOD trends.

Troiano: “The more content that consumers can access on subscription video on demand (SVOD) services like Netflix and Amazon, the harder it will be to get consumers to sit through ads to watch the same content.”

He adds: “This is cutting into both ratings and advertising revenue for programmers, and the content licensing fees to SVOD services are not making up for it.”