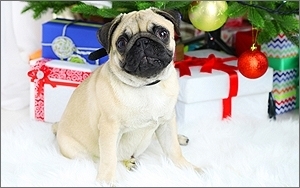 The average family expects to spend around $475 on gifts this holiday season while purchasing nine gifts - six gifts for family members and three gifts for friends and co-workers, according to SapientNitro's Research Institute.

These gift givers plan to spend between $300-$500 on their family members, with spouses (77%) as the most likely recipients to receive presents, followed by children (72%).

Just 20% of adults give gifts to their parents, an equal percentage (25%) who gift their co-workers. That said, these co-worker gifts are typically priced under $49. They are slightly more generous to their friends, doling out $50-$99 on their gifts.

"We can’t say with certainty that these gift purchase behaviors will continue forever," says Danielle Gianola, senior associate marketing Strategy & Analysis at SapientNitro. "Christmas gift giving for this group of participants also focused heavily on children and those who were most likely in a similar age cohort: spouses/partners, close friends and siblings. The parents, in-laws, extended family and more casual acquaintances shouldn’t expect anything wrapped under the tree from this group."

In fact, people expect to spend more on gifts for their pets than for their in-laws. "Well, for many people, they are just as much a part of the home as children," says Gianola. "The American Pet Products Association projects that spending on pets will be $58.51 billion dollars, a 5% increase over 2013," she says.

Another thing to consider: 68% of U.S. households have at least one pet and over 50% of the US population is single, divorced, widowed, or separated and (potentially) in-law-less.

Just 10% of Americans expect to make handmade gifts, with part-time workers most likely to be homemade gift-givers. "Buying gifts still trumps the handmade treasures, but interestingly, those in higher income brackets ($75K and above) planned on average to make 15% of their gifts compared to those making less than $75K. They planned to make 10% of gifts," says Gianola.

For both genders, online shopping is more popular than in-store for the 2014 holiday season (57% vs. 42%). In fact, despite their digitally savvy, always-on reputation, Millennials' planned percentage of shopping online vs. in a store is almost identical to older shoppers.

Meanwhile, mobile -- smartphone and tablets -- represents 16% of all shopping. "There has been steady growth in online shopping in recent years, so maybe we shouldn’t have been surprised, but this group of smartphone owners planned, on average, to do about 57% of their holiday shopping online this year," says Gianola. "Interestingly, there was virtually no gender difference here."

Even letters to Santa are going high-tech. Electronics are used by more people than paper lists (66% vs. 47%), although most use multiple tools. Less than 1% used a specific vendor’s wish list for holiday shopping (e.g., Amazon).

Dog On Christmas photo from Shutterstock