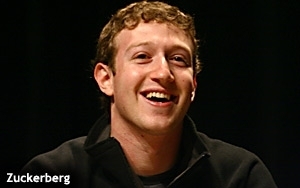 Despite fresh concerns about Facebook’s popularity among teens, the social giant appears to be ending 2014 on a high note.

Thanks to its success in key areas like video and mobile, Facebook shares approached $82 on Monday -- their highest price since the company’s 2012 IPO. Barring some unforeseen disaster before New Year’s Eve, Facebook’s stock should close out 2014 up nearly 50% on the year.

As younger users continue to migrate to Instagram, Facebook’s fortunes are increasingly tied to the success of the picture-based social network. Indeed, the network that cost Facebook $1 billion in 2012 is now worth $35 billion, Citigroup analyst Mark May estimated last week.

“Not only is Instagram’s audience now larger than Twitter, but its users are 1.8x more engaged, and user growth has been greater,” May marveled in a research note. “Instagram is at the early stages of rolling out advertising, but we believe brands have and will find it an effective channel.”

As May pointed out, Instagram is officially bigger than Twitter, which reported 284 million monthly active users at the end of the third quarter of the year. Domestically, Instagram has closer to 52 million monthly users, by eMarketer’s estimate. Of those U.S. users, 78.8% are between the ages of 12 and 34.

Despite being roundly criticized for forcing users to download a distinct app to send and receive mobile messages, Facebook’s efforts to diversity its app offerings also appeared to pay off, this year. In November -- just three months after the launch of Facebook Messenger -- the app had been downloaded more than 500 million times.

As was clearly demonstrated by its decision to buy WhatsApp for $19 billion, Facebook is incredibly bullish about mobile messaging. At a recent “town hall” meeting, CEO Mark Zuckerberg noted that messaging is now “one of the few things that people actually do more than social networking.”

“In a lot of countries, we’ll see that maybe 85% of the people who are online will use Facebook, but maybe 95% of people -- or in some places 99% -- will use SMS or sent text messages,” Zuckerberg said.

In the third quarter, Facebook saw its revenue increase by 59% year-over-year to $3.2 billion. The company earned 43 cents per share, excluding one-time charges -- up from 27 cents a share in the year-earlier period.

Mobile advertising made up 66% of Facebook’s total advertising of $2.96 billion in the quarter -- up from 49% a year ago -- and 62% in the prior quarter. The mobile surge partly reflected the popularity of the company’s app-install ads and the launch of its Audience Network in April, extending ad-serving and targeting to third-party mobile apps.

Facebook’s launch of a re-engineered Atlas platform, this year -- allowing it to serve and track advertising on Web sites beyond its walls -- is expected to help it grab an even larger piece of the digital ad market over time.

While the rollout of Atlas may not have played a part in third-quarter results, JPMorgan analyst Doug Anmuth indicated in a research note that Facebook’s saw increased ad activity from auto and CPG brands including Mercedes-Benz, Acura, BMW, Lays and Kellogg’s.