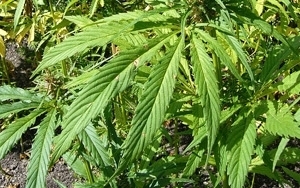 The citizens of Washington state may have voted to legalize marijuana for recreational use by a margin of 56% to 44% back in 2012, but that doesn’t mean state regulators have to make it easy for consumers to find or merchants to sell.

Among other limits, according to the new guidelines, no marijuana advertising or labeling on marijuana or marijuana-infused products may claim that marijuana has any curative or therapeutic effects. Marijuana ads are banned from public property and transit vehicles, and merchants are forbidden from using giveaways, coupons, or branded merchandise to promote their products.

However, they are permitted to establish a separate business to sell merchandise (e.g. t-shirts and hats) promoting their marijuana store — but this merchandise can’t be sold in the store itself.

Although the new rules don’t explicitly forbid radio and TV advertising, the LCB warns that such ads may well run afoul of the law in neighboring states or the Federal government, as “Television and radio… carry across state lines as well as places where children can see or hear.”

Bumper stickers promoting the brand are illegal, and advertising with vinyl-wrapped vehicles is “risky,” because such vehicles could easily come within 1,000 feet of a school or other restricted areas. For the same reason, retailers should think twice about putting their brand on delivery trucks.

Turning to signage, stores selling marijuana are limited to one 1,600-square-inch sign with their business name, which may not include any depiction of the marijuana leaf or paraphernalia like pipes or joints. They may not paint any images of marijuana elsewhere on their storefronts, nor display any actual marijuana, marijuana-infused products, or paraphernalia in store windows.

Back in August, The New York Times carried its first advertisement for a marijuana-related service. The full-page print ad for Leafly -- an online platform that provides information about marijuana strains, products and legal sellers -- depicted ordinary New Yorkers who used Leafly to find marijuana strains suited to their medical conditions. The text congratulated New York on becoming the 23rd state to legalize marijuana for medical use.