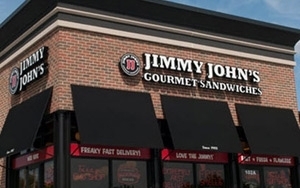 Jimmy John's and Chipotle showed the highest Millennial customer loyalty among leading quick-serve restaurant brands during the past six months, according to YouGov BrandIndex.

The researcher looked at purchase consideration rates for nearly 30 QSR brands among consumers who were already customers of each brand (people who had patronized a chain within the past 30 days).

Among Millennials who had patronized Jimmy John’s, 83% of them said they would consider eating there again the next time they were looking to dine out. Chipotle was a very close second, at 82%.

Burger King and McDonald's ranked relatively low at 63% and 62%, respectively.